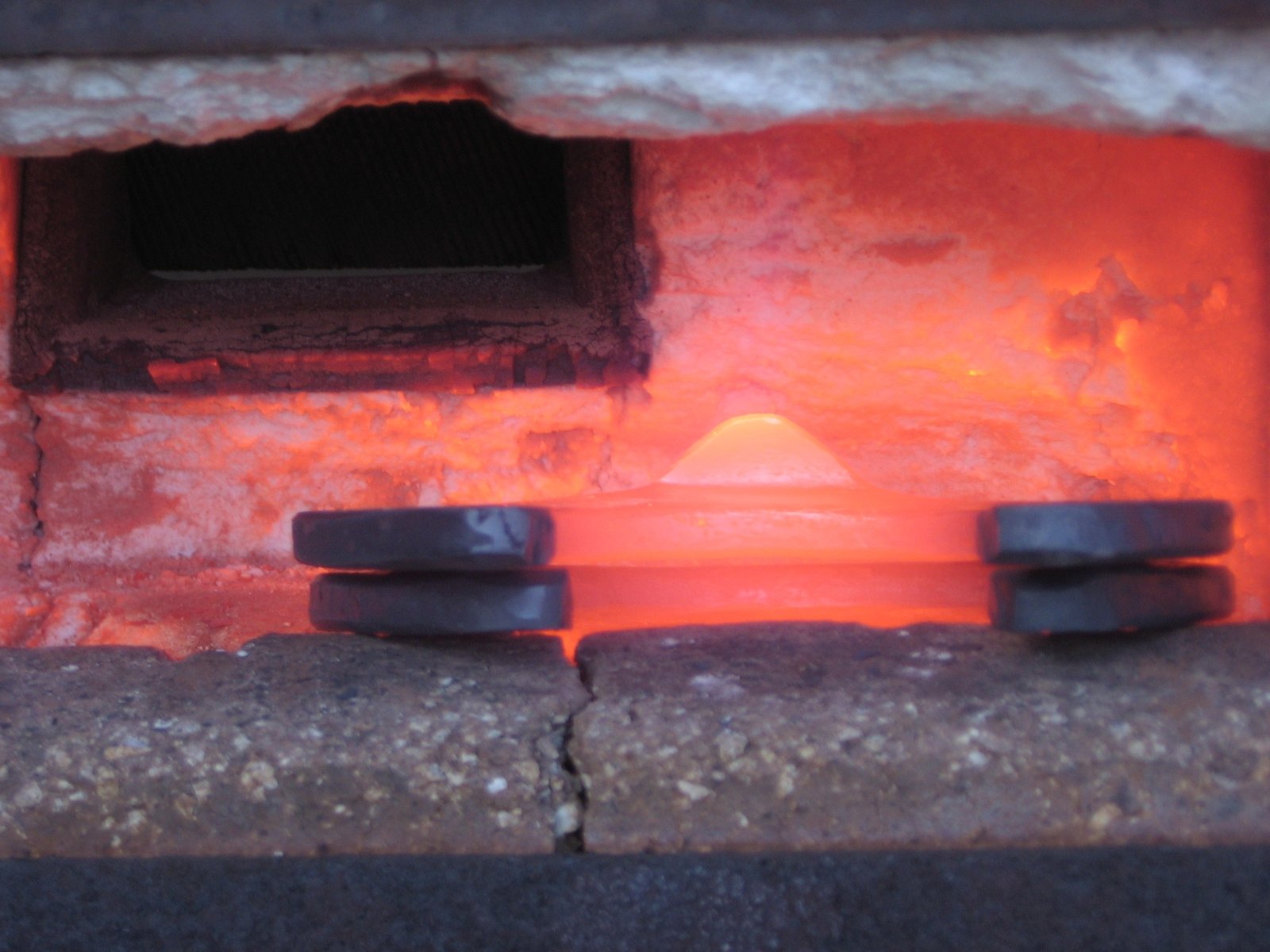 Yup. Sometimes you have to do it a couple of times to get things going smoothly again. Usually, when you have to reboot something multiple times, its old enough and troubled enough that you may want to consider getting a new one. In this case, I will ask that you do not replace me just yet. Maybe go with the wine analogy instead.

I’m not one to make New Year’s resolutions, but I am really looking forward to committing to creating more content for FarrierServices.net (and my other channels also). I have spent years learning to create good content and thousands on great gear but I seem to be very hesitant to put those things into play.

It’s time to pop that zit and do what I believe I would truly love to do.

Adding another section in addition to The Silver Bullet Project, Success Through Soundness and The Daily Grind.

I already have three sections to produce content for and I really, really want to add one more. There isn’t a name for this new section yet, but the thought is to do regular ride-alongs with other farriers.

That is the kind of thing I would like to see more of and there are a couple of channels doing a little of that, but its always the same few players being covered and I am interested in what other people are doing. I want to see how the more “average” farrier works. I say “average” because many of the lesser known names are brilliant farriers that just don’t get or even want that kind of notoriety but they do amazing work and have a ton of wisdom to share.

So, I need to come up a nifty name and try to talk some farriers into letting me ride along with them while putting a camera all up in their business while generally slowing down their day and stuff. Easy sell, right? 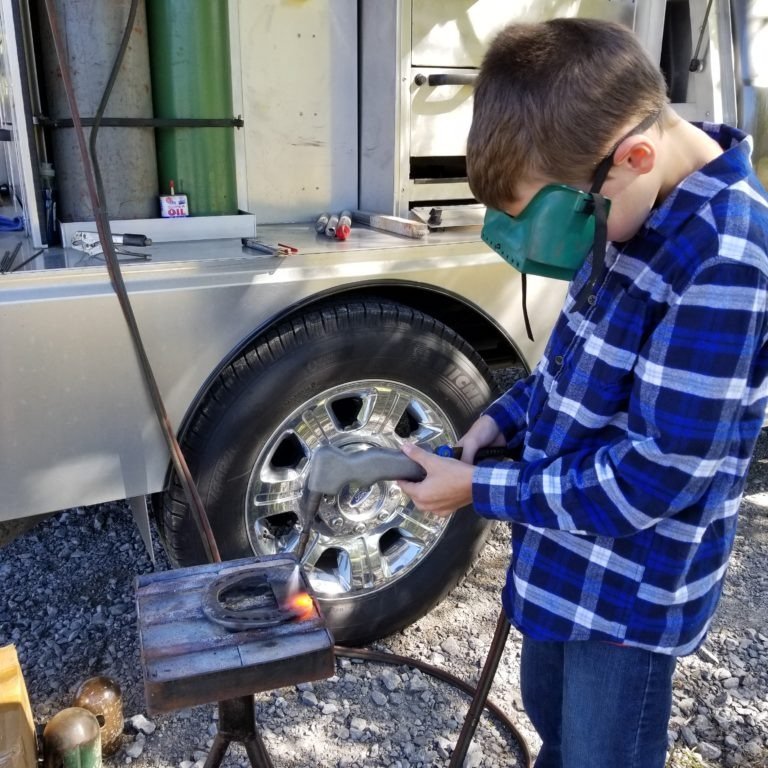 My young son, Will and I started something good this fall. Once he decided that he is interested in forging and fabricating, we got right to working on the first steps of the basics. We were getting out there most evenings to do some forging and welding while the weather was so nice. His one… 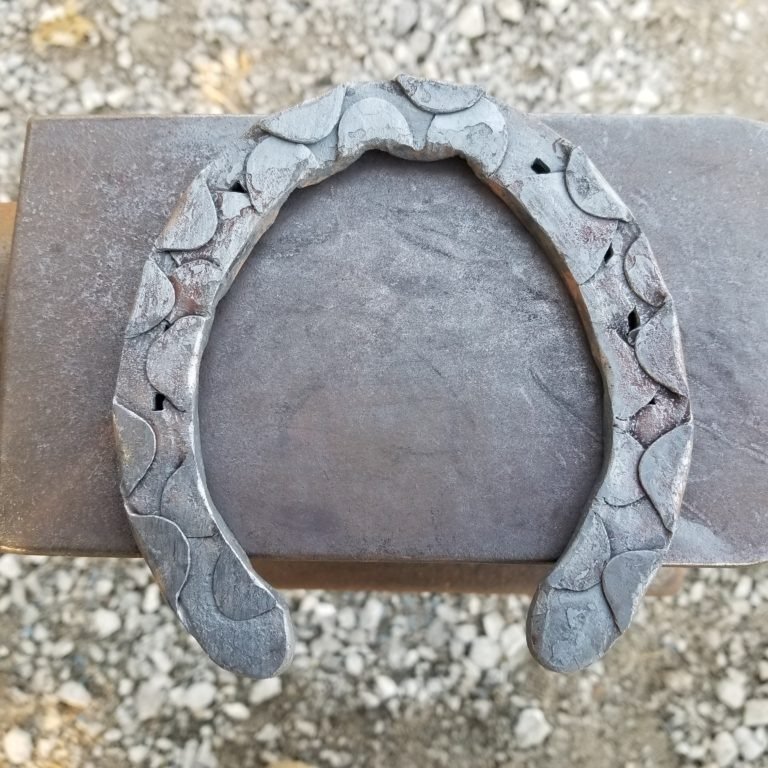 This exercise is a way to practice drawing as many clips as we can from a single used horse shoe. The idea came to me while I was apprenticing with Dave Farley back in the mid ’90s. I had asked him to help me, and so he did. But, it all came down to the… 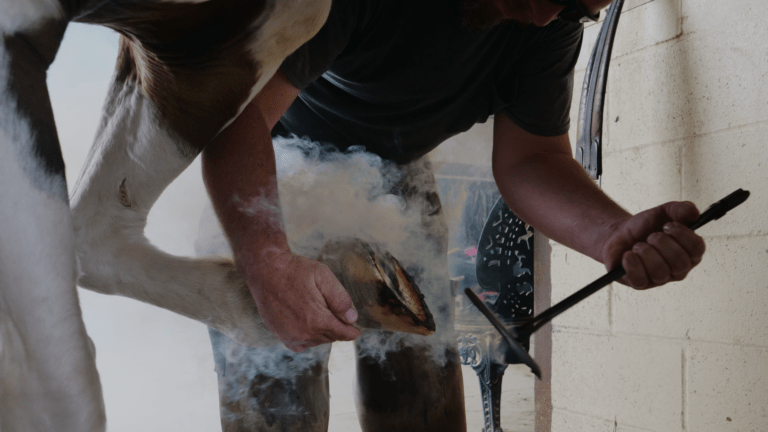 We did have some really nice weather recently, but that appears to be over. Instead of just one extra shirt for the trip home, its more like one for every horse or two. Lots of laundry and drinks. The bright sun sure does make lots of things look cleaner, but I can attest that the… 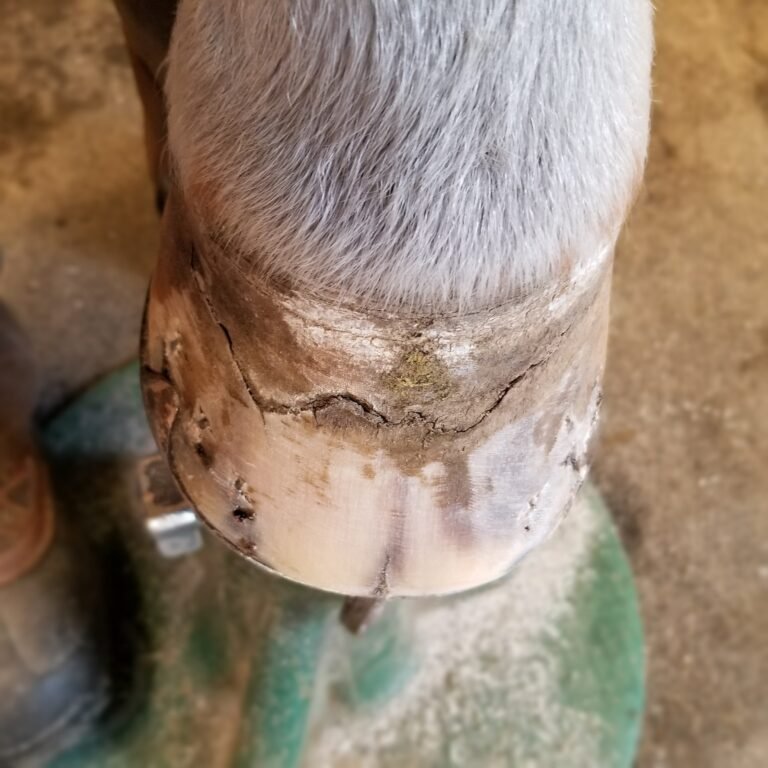 It’s not too bad yet, mostly just a sprinkling, but it still makes my nice shiny tools very sad and frankly, me too It was still warm this morning. Thank goodness for that but we all know what comes next in the mid west. Lucy One of the little ponies I worked on this morning… 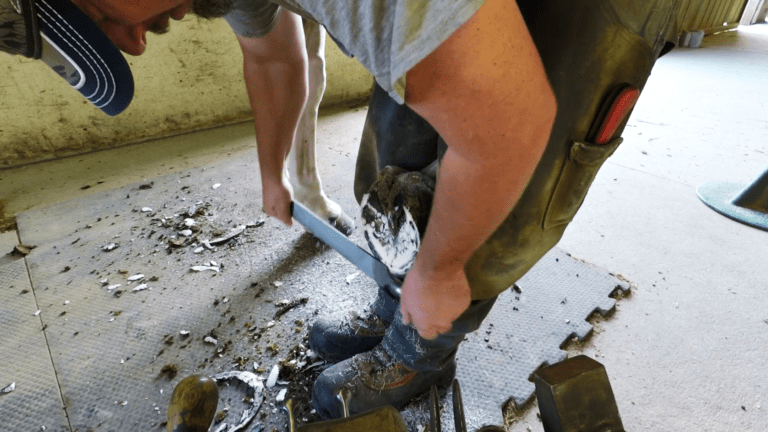 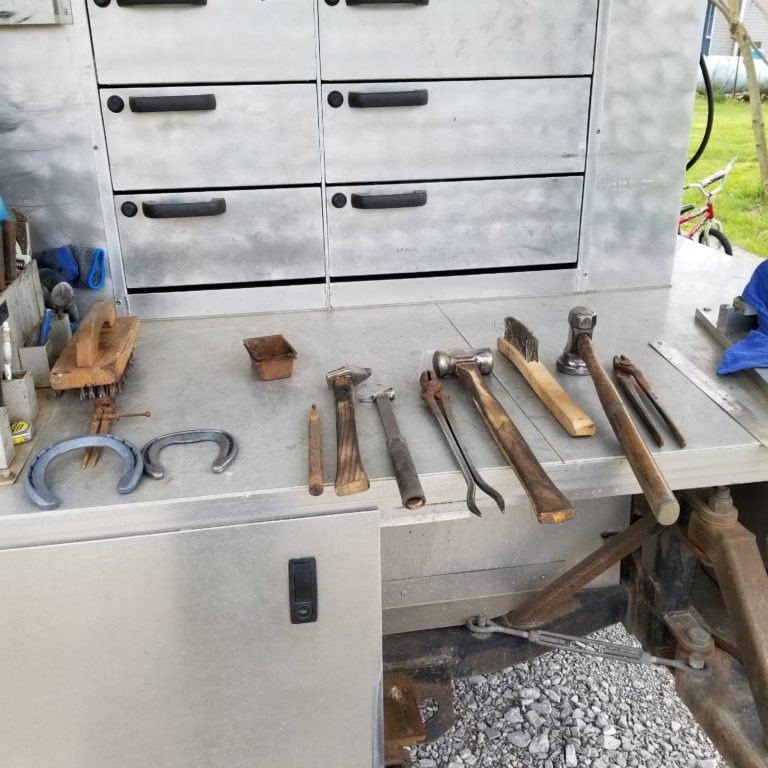 It’s Friday, and I get the next four days off. This is unheard of this time of year. Most of my clients should be hot and heavy in training for the show season right now. Usually, during spring, I’m chasing busy chasing down lost shoes and lameness as the seasons change from cold and wet…